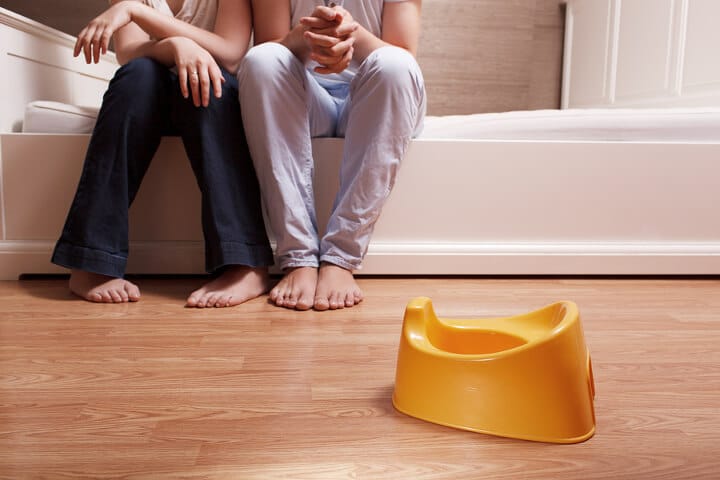 In a different world, potty training would be easier: we’d simply rub our child’s nose in their dirty diaper, repeatedly telling them “no” until they learned to use a toilet. In a civilized world, we choose other avenues. We bribe. We beg. We ban the bran. We do everything possible to get our child to trade Pampers for porcelain. And, often times, we grow flushed with frustration. But it doesn’t have to be this way.

In fact, potty training doesn’t need to be a drawn-out process that lasts as long as monsoon season (and feels as wet): it can be done in three days’ time. As you take the following steps, you just need patience, perseverance, and probably some carpet cleaner.

But, before you begin, make sure your child is ready. If they’re too young, or too stubborn, potty training only leaves you drained. Your child is likely ready if they show interest in the toilet, if they go extended periods without wetting themselves and if they’re able to undress themselves.

Before you put this step by step 3 day potty training method into practice, you must amass all your supplies. Some of the things you must have include a potty chair or a potty seat (aim to put one in every bathroom of your house), training pants or underwear, beverages (water or juice), and snacks that are conducive to urination. You’ll also want plenty of cleaning supplies – let’s hear it for the Lysol! – and towels to protect your furniture and car. Anything absorbent will do the trick.

If you want your child potty trained in 3 days, you’ll need to be consistent above all else. Thus, set aside a time when you focus on the flusher: a three-day weekend or a holiday. Don’t deviate from the potty training schedule and focus completely: give a crap only about pee and poop.

Next, tell them what you’re looking to accomplish. Explain the point of the potty and why it’s better than diapers. On the first day, lay this on thick so your child learns to correlate a full bladder with running to the loo.

Show them how you use the bathroom. Demonstrate all the necessary actions – wiping, flushing, washing your hands. Kids learn through observation, most of all.

Then give them liquids. In order to teach your child how to use the bathroom, they’ll actually need to use the bathroom. Plying them with water and juice is a good way to assure this happens. Once they’re primed, place them on the potty at consistent intervals – either every thirty or sixty minutes – and keep them there even if they say they don’t need to go. This doesn’t mean your child has to remain seated until they’ve read Cosmo from front to back but encourage them to last several minutes. Repeat this process throughout the day.

They might have to go more often, especially if they’re drinking a lot. Watch for signs that it’s potty-time and take them whenever they look like they need to go. Each time they successfully make it to the potty (and pee any amount from a drop to a bucket load) shower them with praise: hug them, cheer for them, high-five them, tell them you’ll buy them a BMW when they turn sixteen (don’t worry, they’ll forget). If they don’t make it in time, don’t punish or shame them, but show that you’re a little disappointed. Gently remind them where the pee and poop go (spoiler alert: in the toilet!).

Before you put your child down for a nap, tell your child they need to go (they’ll say no if you ask). You’ll likely want to put a diaper on them as they sleep. Many kids continue to wet the bed even when they’re able to stay dry during waking hours.

The second day involves repeating much of the first. However, it also comes with its own difficulty because not all kids acclimate as quickly as you’d hoped. If that’s the case, know that accidents happen: even if your child takes to the toilet like fish to the sea, they’ll slip-up occasionally. Some kids get distracted and forget. Others opt to poop in the storage closet. But if your child uses the toilet much more often than they do the living room rug, you’ll know they’re making progress.

Spend Day 2 reinforcing the lessons learned from Day 1 and be on the lookout for manipulation. Some kids continue to soil themselves in hopes that you’ll put them back in a diaper (which is, frankly, more convenient for them). But don’t give in no matter what. In this battle of wits, you must outsmart the wee.

On the final day, continue the established patterns but take your child out of the house. You don’t need to go far – the local park or a cafe. The point here is to teach them that they need to use the bathroom before leaving the home. It also teaches them that toilets aren’t always nearby – sometimes you have to control your bladder a little longer before you reach one.

Day 3 involves more discussion with your child in regards to the importance of toilet training, but reflection on how far they’ve come is important too. Celebrate their successes, no matter how trivial. Children love praise and respond to it like ego-maniacs.

Not every kid potty trains on the first attempt (or the first twenty attempts). If you’re losing the battle, admit defeat. Then try again in a few weeks – there’s always a chance you started before they were truly ready. But trying again doesn’t mean never trying at all. You have to potty train your child eventually. If you don’t, they’ll live in your basement until their mid-fifties.

If they’re still not taking to the toilet after you’ve tried and tried again, seek the help of a pediatrician.

A Note About Nights

As mentioned above, kids can’t always control their bladders as they sleep: slumber is a bummer when it comes to potty training. You’ll know it’s time to wean your child off nap and night diapers when their sleep diapers remain dry for several nights in a row.

This may occur a few days or a few weeks after they achieve daytime potty success. Or it may take several months. In fact, kids wet the bed until the age of six – about 15% of five-year-olds and 10% of six-year-olds will still have accidents in bed. It’s not them being naughty – it’s them being normal! The brain to bladder connection just isn’t strong enough quite yet to wake them up when they have to go.

The key is to remove your child’s diaper as soon as they wake up (either in the morning or from their nap). If you keep it on too long, you run the risk of them regressing. They’ll go back to realizing that they’re sitting in a portable toilet and they’ll use it with ease.

In the end, potty training is a pain in the butt. Even afterwards, hassles continue to exist: there will be inconvenient times they have to go. In the middle of the night: likely. At a crowded restaurant: probable. Ten minutes after you’ve left your house for a two-hour road trip: well, that’s a sure thing. But it gets easier the older a child becomes. Going to the toilet is natural and, one day soon, your kid won’t even think twice about doing it.

Have you got the right tools to succeed in potty training? 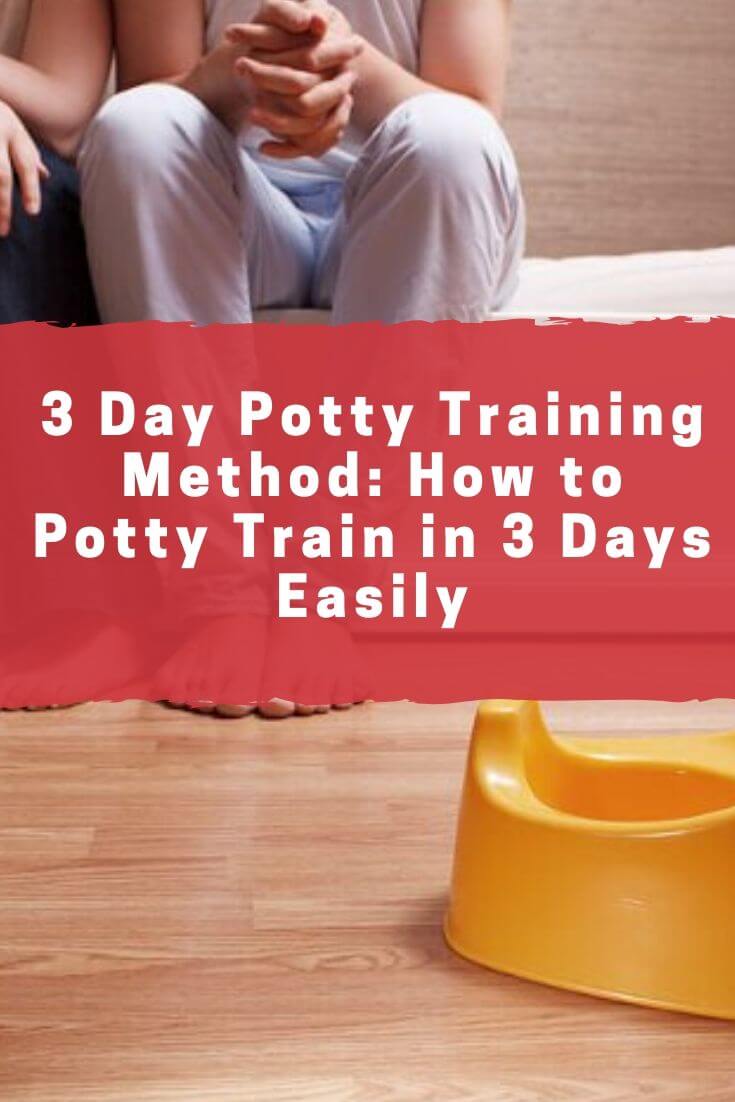